Visit the Wex Photo Video site to discover how concentrating on one species can help you up your wildlife game!

All images by Ellie Rothnie
Posted by Birlingham Photography Club at 07:32

Are you a landscape photographer?
Do you use on-camera filters?

Neutral Density Graduated Filters (ND Grads) are just the thing to transform landscape images which have bland or uninteresting skies into something quite extraordinary.

Wex Photo Video has a useful guide to using filters.
Visit to https://bit.ly/2O4HvfT to find out more
Posted by Birlingham Photography Club at 01:50

This top tip in from BPC Member, Paul Marsh...

1)  Open image with preview. (Paul suggests using a copy of original as the alterations are permanent).
2)  Select “TOOLS” , then “ADJUST SIZE”.
3)  Select “RESOLUTION”, change the number, see the result
(72 down to 40 gave me 3mb to 1MB) press OK to confirm.

Posted by Birlingham Photography Club at 01:23

Many BPC Members will be familiar with Photography News, the free magazine for photographers which is usually available at our Club meetings. But did you know that you can download this great publication for free?

Visit www.photographynews.co.uk and stay ahead of the game!
Posted by Birlingham Photography Club at 09:12

From The Photographer Academy

Pick up your free lighting app today, courtesy of The Photography Academy - they are also offering a free 12 month basic membership, which gives you access to a wide range of online training videos.

The lighting app features 50 portraits alongside which is included camera and lighting settings so that you can try to capture the same effect at home!

TPA is a reputable organisation, often seen at the big photo shows, they don't send spam and they answer enquiry emails.

More information a at www.thephotographeracademy.com and your free lighting app is available at https://bit.ly/2JdG74g
Posted by Birlingham Photography Club at 03:33

Brian Duckett of Streetsnappers is gradually extending the street photography workshops to make them increasingly accessible to photographers all over the country.

London - various locations
Leeds
Liverpool
Manchester
Birmingham
Blackpool
and with major cities lined up to come on board.

To help those who have yet to dip their toe into street photography he is offering a complimentary guide to taking the reportage style images of the street genre.

For your free guide, visit http://streetsnappers.com and sign up to the Streetsnappers email newsletter.
Posted by Birlingham Photography Club at 07:18

On a recent visit to Vietnam, BPC member Angela Fitch, spent a day in Nha Trang with one of the country's top photographers, Mai Loc.  His story is more than interesting and the following article made in 2010, with Mai Loc's permission, is included on this page to allow others to understand what twists of fate and good luck can take a coffee smuggler and turn him into an internationally acclaimed reportage photographer.

Read on and be amazed! 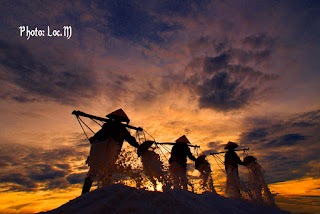 An Interview with Vietnamese Photographer, Mail Loc
By Alice Laurel Driver, 8th May 2010

Two images are etched in my mind: one is a starkly beautiful black and white photo of a regal old woman who wears her wrinkles like a crown and smokes a pipe and in the other a woman in a conical hat walks along the curved spine of a sand dune as if she were the lone human left on the earth.  Vietnamese photographer, Man Loc, took these photos which so captured my imagination.

I met him in 2006 at Sao Mail Hotel in Nha Trang, Vietnam.  At the time he was working as a tour guide in the area and taking photos of the people and landscapes of his country.  We sat down to drink a cup of iced coffee with condensed milk and I asked him how he became interested in photography.  HIs story is a lesson in how simple acts can and do change lives.

The story of how he became a photographer is compelling and it begins in 1995 when he was working as a cycle drive in Nha Trang. Cycle drivers provide cheap transportation for locals and tourists all over Vietnam and they pedal bicycles with carriages attached to carry one or two people.  One day in 1995, Gunnar Simonsen and Eva W Mellquist, a Norwegian couple vacationing in Vietnam, took a cycle ride with Mail Loc.  The couple found out that Loc was learning English and they were so impressed by his eagerness to learn English that they promised to pay for future English classes.  The couple formed a friendship with Loc, kept in touch with him and returned to visit him in 1996 and 1997.  While attending Loc's wedding, Simonsen and Mellquist gave him his first camera.  As time passed his increased fluency in English allowed him to quit cycle driving and start his own tour business, while the camera provided him with his first photography experiences.  Eventually, he saved up money for a good camera and, with the encouragement of friends, began to market his photography.  This interview follows the story of Mai Loc's life and his growing passion for photography. 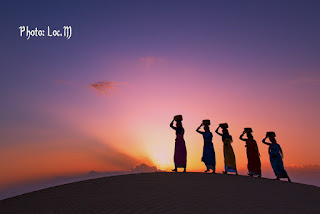 Driver:  What kind of work did you do before you were a cycle driver?

Loc:  As a little boy, around 12 years old, I worked selling cigarettes outside the train station.  Then from 1985 to 1989 I worked as a smuggler, mainly smuggling coffee.  In 1989 I went bankrupt and took a job searching for gold in the mountains 35km east of Saigon, near Nam Cat Then National Park.  It was a horrible nightmare.  A lot of people got malaria or were buried alive in the mountain.  Most of them had no identity cards.  While digging for gold I got malaria and I was very sick for three months.  After this I became a cycle driver from 1990 - 1998.  In 1994 I began to learn English.

Driver:  Why did you decide to learn English?

Loc:  I wanted to learn English for fun.  It is a useful language.

Driver;  You have an eight year old son and a two month old daughter.  Are they learning English?

Loc:  I hope that in the future, when they are older, they can learn English.

Driver:  In March of 1995 a Norwegian couple, Gunnar Simonsen and Eva W Mellquist, took a cycle ride with you.  How did your relationship with them develop?

Loc:  I spoke a little English and they encouraged me to keep learning.  They gave me energy and advice and when they left Vietnam they gave me a ring.  Whenever I looked at that ring I felt encouraged.  In 1996 they came back to visit me and in 1997 they attended my wedding.  They gave me a solar powered Canon camera as a wedding gift.

Driver:  And your career in photography began with that solar camera?

Loc:  From that camera I learned to take photos.  In 1998, just before Gunnar died of a terminal illness, he sent me $6000 to start my own life.  I started a motor taxi tour guide business.  Whatever I saw that was beautiful in my eyes I decided I should try to take a photo.  Friends saw my photos and encouraged me to make postcards and enter photo contests.  In 2002, when Eva returned, she was surprised and happy with my success.  As a present I gave her some of my photos.  Back in Norway Eva presented the photos to some galleries and they wanted me to come over for a show.  It is very hard to get a visa in Vietnam and took many years to get my visa.  In 2006 the Nordiclight Photo Festival in Kristiansund, Norway invited me to attend and with the support of the Norway Photography Associated and government officials I finally got a visa.  I went from August 17th to September 13th, 2006.  I still can't believe I went to Norway.

Driver:  How would you describe your relationship with Eva and Gunnar?

Loc:  I call them my parents/. Eva is very proud of me, like my mother.  Our dream was that I could come and visit Gunnar in Norway and I finally got to come and visit his tomb in 2006.

Driver:  Your trip to Norway was your first travel experience outside of Vietnam?

Loc:  Yes, I remember every detail.  Everybody loved me and it was very nice in Europe.  I have lived through many bad situations but I could not control my tears in Norway.  I cried several times because of happiness.  Everything in Europe was new to me.  I always had my camera  with me. In Norway I gave a lecture.  I talked with people about Vietnam and the power of love.  I hope that one day the world will know peace.

Driver:  What motivates you as a photographer?

Loc:  People - how they live, how they smile - that is what interests me as a photographer.

Driver:  Do you want to travel more as a photographer?

Driver:  Do you have any memories of the Vietnam War?

Loc:  I was born on September 24th, 1966 in Duc My, a small town on the way to the central highlands located on Highway 26.  When I was a little boy, some of the government soldiers taught me to use an M-16.  My mother had a canteen inside the military training centre in town and my father was a South Vietnamese soldier.  Sometimes I saw big trucks on Highway 26 carrying dead bodies home.  Some things you need to remember and some things you need to forget to keep going.

Driver:  What was your family life like as a child?

Loc:  I was raised by my mother.  she had one shirt and one pair of pants.  When she washed them she had to wear a blanket.  I have four sisters and I know what a hard life it is to raise five children.  When I was young I lost my childhood. My father had four different wives and 16 children.

Driver:  How is your daily life now?

Loc:  When I don't take tourists out I work for a hotel.  I get my photos from daily life.  I also look after my wife, my two children and my mother.

Driver:  What aspects of Vietnamese culture are important to you?

Loc:  Wrinkles are experience in life.  This generation takes care of the next generation, that is how we live in Vietnam.  In Europe they put the old people in homes.

Driver:  What advice would you give to tourists coming to Vietnam? 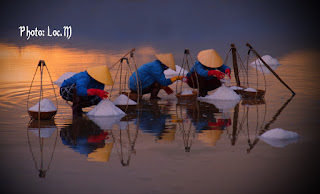 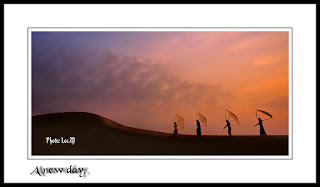 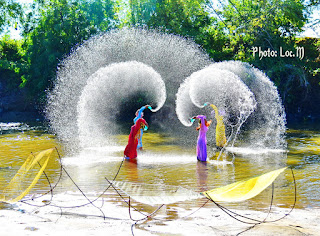 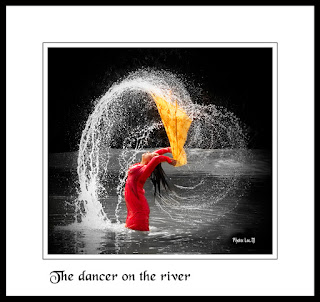 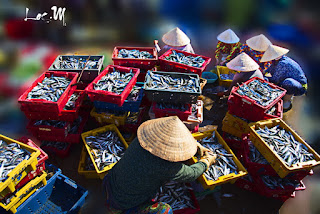 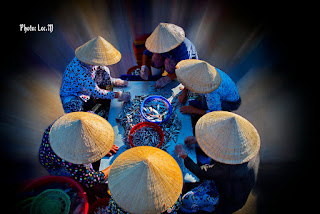 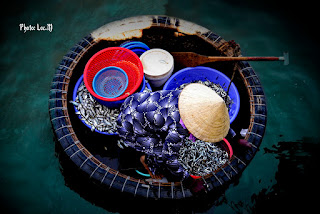 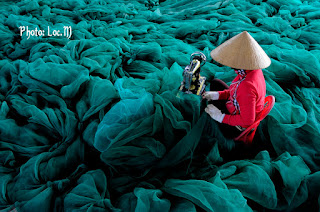 Posted by Birlingham Photography Club at 04:40

This in from BPC member, Jim Fergusson...

For anyone who is just starting out with Adobe Lightroom, or if you've had it on your computer for a while and are still flummoxed by the basics, you may be interested in a UK based online resource - www.lightroomqueen.com

Don't forget that BPC is holding its own Lightroom workshop, 10am, March 10th at Birmingham Village Hall, WR10 3AB.  Spaces still available but filling up fast.
Posted by Birlingham Photography Club at 05:25